We are about to perform Hear My Voice again this time at The Hypatia Trust, a fitting venue...
http://hypatia-trust.org.uk/blog/2013/06/20/votes-for-women-in-cornwall 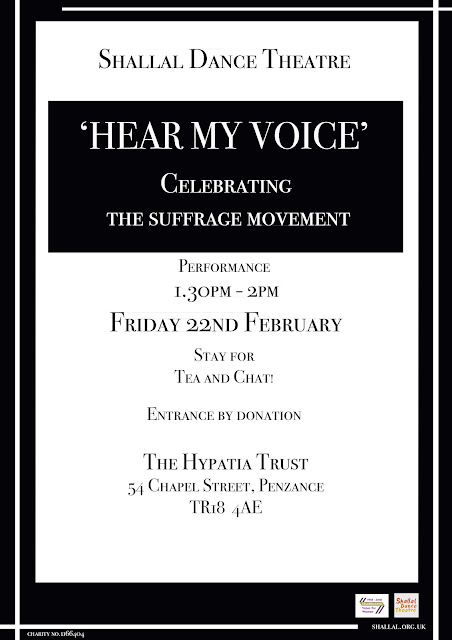 We have other possibilities in the wings including Falmouth Art Gallery and Wheal Martyn Clay Museum
I need to write about it and so want to share Debs first notes.
(The show has more words than our usual shows which is appropriate for the subject and I am as always in awe of 'the talent in the room', with a poem from Elaine Waller and writing by Jo Lumber
and a central piece for three voices by Debbie ONyons).
here are her notes;

"I have been doing some research regarding the suffragette movement in Cornwall and the Salvation army were highly active and supportive of the social reforms the suffragettes offered to women as they were leading on changing the way unwed mothers were treated in the workhouses within the county.

The Salvation Army enthusiastically supported this political campaign, its philanthropic and egalitarian ideologies attracted followers with values that strongly complimented those that motivated the first wave feminist suffrage campaign.  The Salvation army promoted gender equality within its organisation.

I would like to write some prose/poetry about the story of my great grandmother below whom without the suffragettes would not have survived for long.

My great grandmother was one of the unwed pregnant mothers who benefited from a strong lady within the salvation army, she was cast out by her family and the church at age 17, pregnant by a man she discovered to be married.  She was penniless and entered the workhouse and gave birth to a daughter,  the policy at this time was for the children to be adopted (or sold).
Refusing to sign the paperwork she caught the attention of one of the salvation army members - this woman offered to foster the child but Ethel refused to be seperated, the woman and her husband then fostered both mother and child.  Later she cared for the child during the day so Ethel could work and eventually helped them to rent a small cottage.  Even when women achieved the vote the fight was not over, unwed mothers were despised and life was very hard with both mother and child suffering malnutrition and ill health.  Social reform transformed there lives, receiving warm, dry social housing at one point they had to sell every possession to pay for medical treatment for my grandmother  when it was thought she would die from diphtheria.

The story has a beautiful ending as my grandmother cared for the couple who fought for social reform and fostered her in childhood through there own infirmity up to there death." 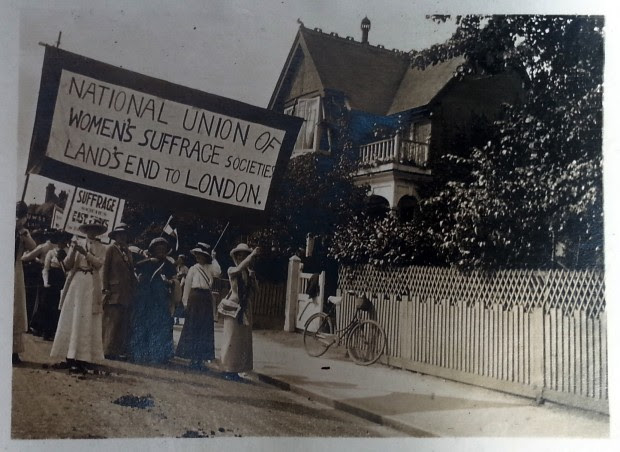 PS
at the centenary of “some women winning the right to vote in 1918”.............this act also newly enfranchised approximately 8 million men as it abolished the residential and property qualifications that had denied the vote to 40% of men. These included most of the poorest in society: soldiers, sailors and men such as adult sons living in their parents’ houses.
https://www.theguardian.com/inequality/2018/jun/11/1918-suffrage-celebrations-what-about-the-men

Then we started looking at who can vote and when it was given and what supported it and it gets more complicated! and that is for another time and why we like to stop and chat about it all afterwards! it raises many questions.....

&
I have been invited to Wheal Martyn on Thursday for HRH The Countess of Wessex visit, need to clean my shoes...
very grateful to be invited we love working with Wheal Martyn...
It fits in nicely on the way home from Liskeard group.

And Friday we have our own Celebration ... 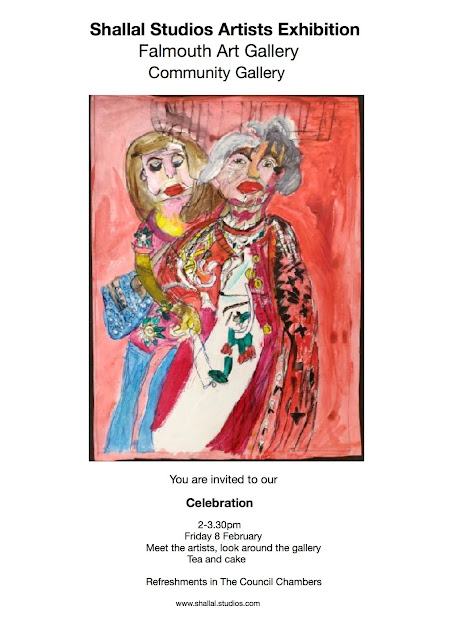