Site Dress Rehearsal for Ladders & Footprints
Friday was good weather, not too hot, not to cold - it's hard to plan for the Cornish climate.
2 performers missing but other wise everyone there and lots of friendly support, thank you Nigel and Zoe, and Jacob on sound, and Delpha for coming over to play. 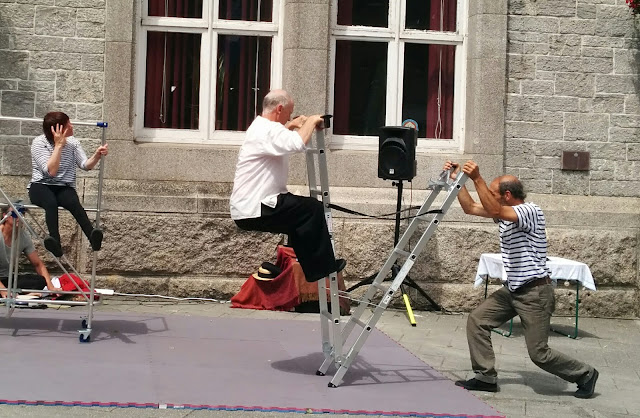 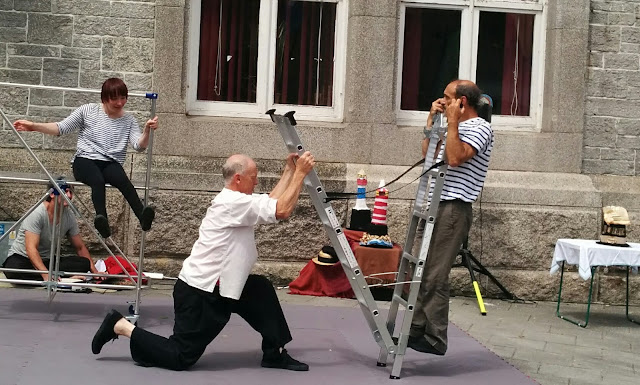 At the end of the rehearsal Toby unveiled his wonderful painting to show us.....wow so pleased!....
It's hanging in the foyer and will have pride of place, centre 'foyer stage' on the 14th. 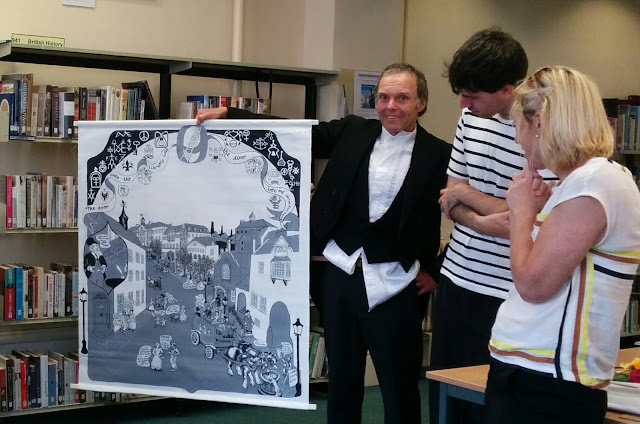 Also thank you to ( conscripted)  son Michael who hung the banners Tony Minnion created from art work responses to the buildings Passmore Edwards funded here and in London. He will also help next Monday when the exhibition in the community space on the stairs will be hung. So by the performance Passmore Edwards legacy will be celebrated by artwork throughout the foyer stairwell.
Also thank you to Michael for another poster and Nick for Easy read version - both below.

Well it was good to be there - it's been hard to imagine flights of stairs, open public spaces, pillars and entrances that we are using when in St Peter's hall,  this is our most logistically challenging show so far!
The main concerns went very smoothly: round the corner for access, up and down in the lift and flights of steps and stairs, to get to the next place on time.

Our shows are self created jigsaw puzzles!

Saturday morning saw me sitting under a tree in Penlee Park, Penzance meeting with dear Harry Theaker, as last time, his feedback is fantastically helpful, so there is one part not quite smoothed out yet but otherwise we are in the flow, and he liked it and appreciated the variety.
We would love to work together more and he would love to dance with us, so if we ever move into a world with a producer who maybe able to co-ordinate us to enable dreams to happen we may, and meanwhile we will look out for opportunities. (Harry is currently working on a project in Hull - City of Culture.)

Speaking of which our behind the scenes team Barbara and Lou, executive producers on Doorways, are meeting with the creative team to dream and scheme and try to nail down some ideas next Tuesday and the trustees meet on the Thursday, so a big think tank, pooling of ideas happening, and at the end of every term the company and groups do the same.

A celebration and many thanks to Barbara for this beautiful film, inspired by Trevor and suggested by Debs - thank you.

Debs originally suggested we enter this competition
http://www.pdsw.org.uk/news/news-and-opportunities/joie-de-vivre-short-dance-film-competition-2017/
- we originally were going to film Trevor and his part in Shallal but then extended the idea out to everyone ( over 50) as he was more unwell. We/I struggled with this, the over 50's emphasis,  as not compartmentalising is a strong ethos in Shallal - however i think Barbara has presented it very poetically and made a beautiful film.

Some of the best work in Shallal comes from other peoples ideas and i am often wary or sceptical and then we find a way through, and i am won over and so impressed! Everyone's contribution is what make the work so rich and accessible. 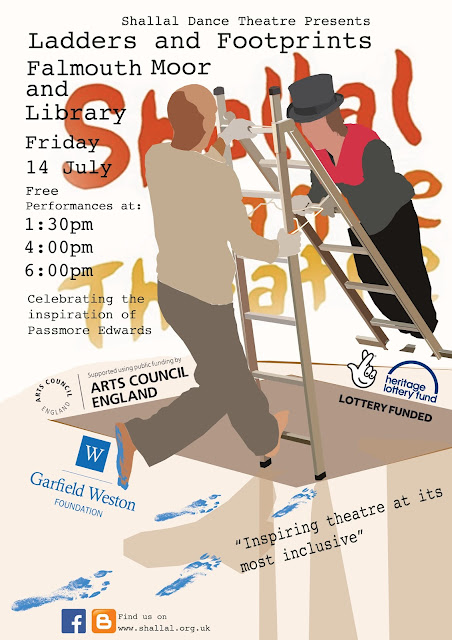 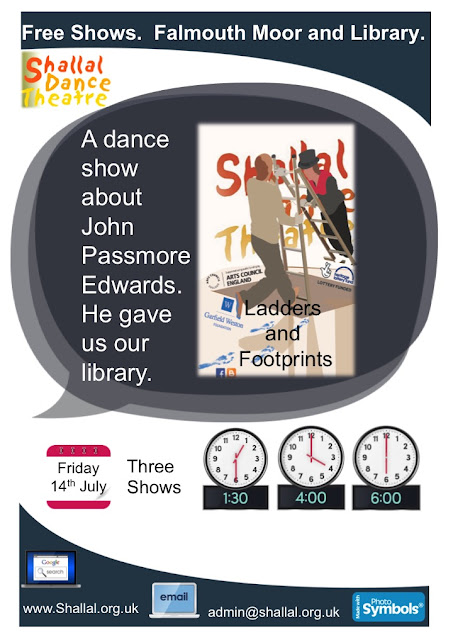